As much as I like chicken parm, my husband LOVES it. He loves basically anything that is served over pasta. So my idea to serve it over a pillow of risotto really rocked his world. After a long day of work, though, I think he was just happy to see dinner.

Risotto sounds fancy, and thus complicated. I’ve made it a few times, and the first time was definitely a bit scary. The most important thing with risotto is to stir continuously while the rice is absorbing the broth. I once tried to do risotto while doing other things… it did not end well. I suggest cooking the chicken first, then setting it aside while you finish the risotto.

I prepped the chicken, set out my dredging equipment and got everything for the risotto ready first.

Dredging the chicken is probably the worst part of this whole procedure. Any recipes that require dredging, boo… It makes such a big mess. But it tastes so good. 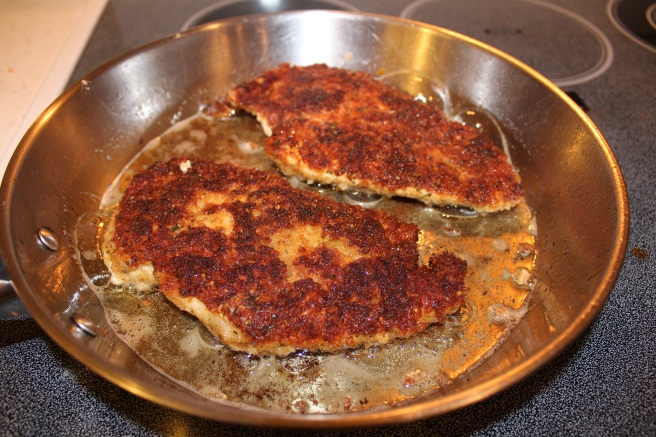 Look at that beautiful crust.

Then I moved on to the risotto, spoon, broth and measuring cup at the ready.

Keeping everything in arm’s reach made this SO much easier. 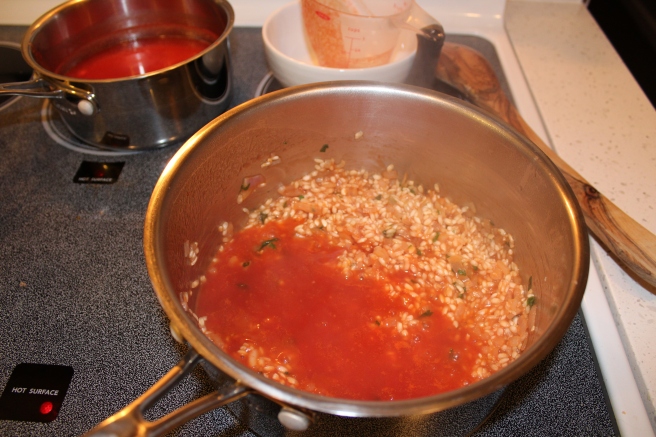 I stopped stirring just long enough to take this picture!

Once all the broth is absorbed, you’re done. The rice should be a bit al dente, with just a little bite. So rich, so yummy. At this point, I broiled the chicken until the mozzarella was melted and then combined everything. And topped with more mozzarella. And parmesan. Because of course. 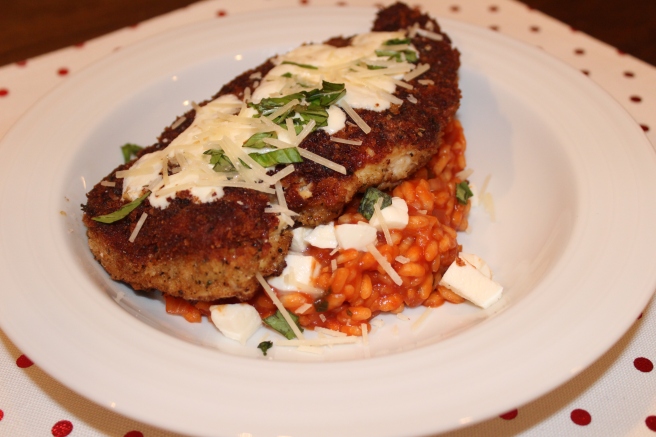 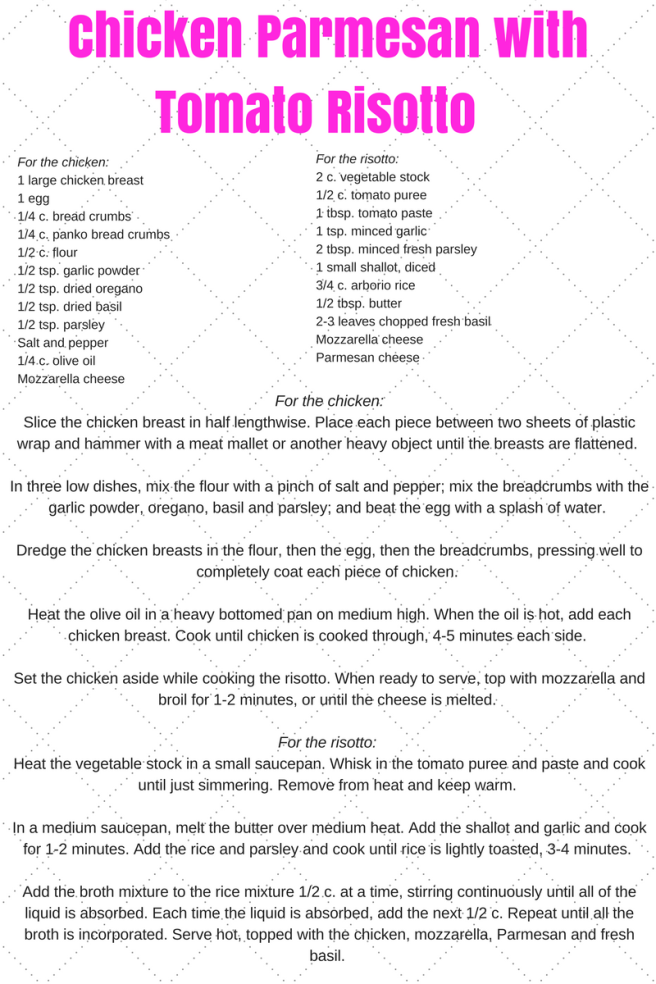 One thought on “Chicken Parmesan with Tomato Risotto”